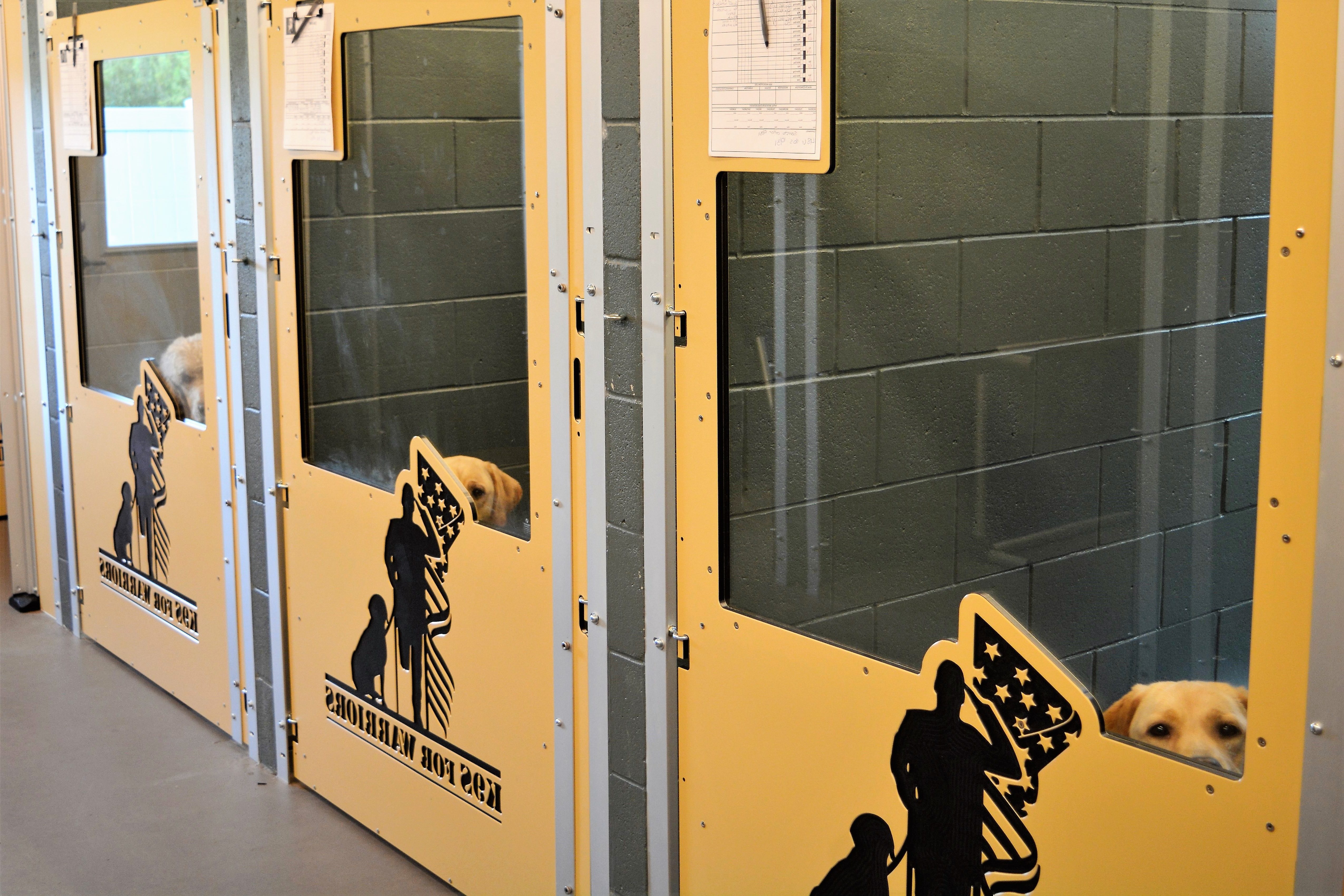 We love this letter we received from K9s For Warriors regarding the use of the grant awarded to them by Tee It Up for the Troops!

Dear Mr. Wegscheld & Tee It Up for the Troops,

Thank you so much for your recent grant award. Your grant will help with the continued equipment and building costs of the second kennel, which officially opened in September, 2016. Having this additional kennel vastly increases our service dog training capability, adding 31 new stalls to our campus. Once filled, we will be able to speed up the rate at which we pair warriors and canines, saving the lives of dogs and veterans faster.

Currently, we accommodate 6-8 warriors per class. Our goal for 2017 is to increase class sizes to 10 members, as we try our hardest to fight against the suicide epidemic of post-9/11 heroes. The additional kennel is key to meeting this goal. It allows us to have more dogs available and ready to pair with the warriors who need them most. In 2016, we graduated 72 warrior-canine teams! That indicates a total of 144 lives saved last year, counting just graduates. However, our statistics are even better than that, because we saved a total of 190 dogs! Those that weren’t evaluated as good fits for service work were adopted into homes of eager, dedicated dog lovers.

We are fortunate to hear many touching testimonies from the veterans who get “a new leash on life” from our program. Brad was a member of our November, 2016 class along with his service dog, Bear. We have included his photo as an attachment to this update. Here is his quote describing his newfound hope:

“I tried everything under the sun, from medications to neurological treatments. After going through K9s’ program, I now have peace of mind that my future will be better than my past. K9s saves veterans, making them functional citizens, with the help of an animal that would’ve most likely been euthanized. I now have hope for my life.” – Brad & Bear, November 2016 graduates.

Thank you again for your generosity. We look forward to continuing this partnership to help our military veterans reintegrate into society.
Sincerely,
Rory Diamond,
CEO, K9s For Warriors