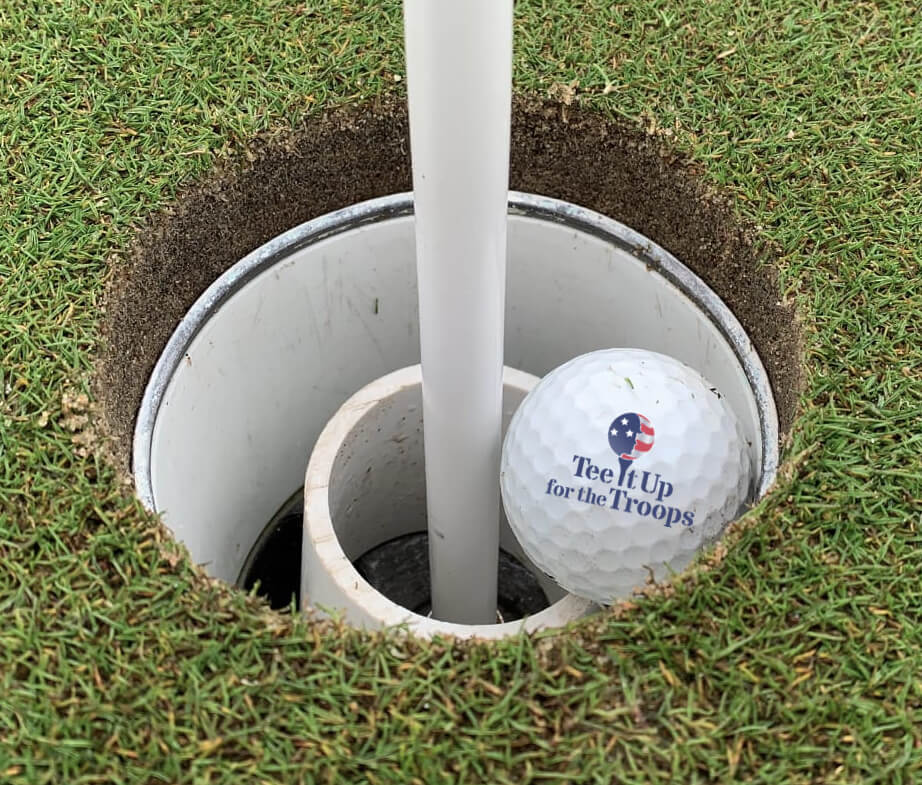 With charity golf fundraising events all over the United States, Tee It Up for the Troops events will look different in each area of the country depending on the local golf facility protocols and area-specific social distancing guidelines.

In the short term, we likely will need to avoid activities where large groups gathered like at registration, or the closing program and dinner or auction areas. Instead we will pivot to some fun changes like offering a grilled meal at the turn or a virtual silent auction where you can easily outbid your competitors while remaining safe and having fun doing so! 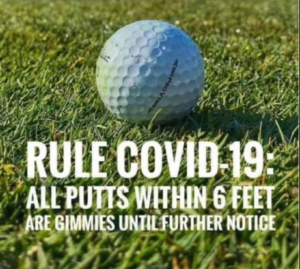 Here are some ways our events will be modified to be made contact-free and safe as well as some new, innovative ways to raise awareness and funds. 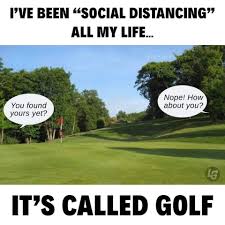 While the coronavirus may prevent us from hosting large, in-person events, there are plenty of ways we can still come together to support our military community!

With diligent event team planning and modifications to ensure the health and safety of all our supporters and warriors, Tee It Up for the Troops is ready to offer some fun and meaningful charity golf fundraising events!  See you on the course! 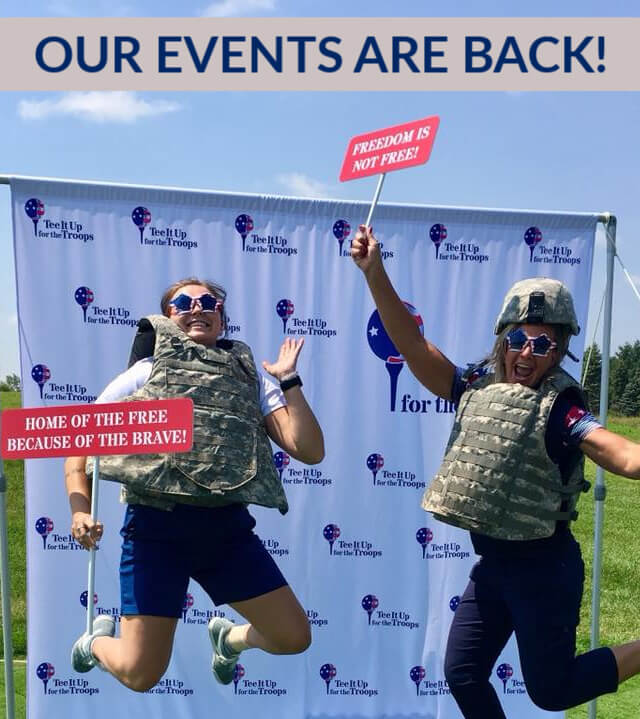 We are working with our charity golf event teams to ensure that our Tee It Up for the Troops events are safe events, and consistent with individual course guidelines as well as each state’s COVID-19 regulations.

Good news! We have learned that charity golf events can be contact-free and safe while still being fun, meaningful charity events that raise funds for our military heroes. Here’s a look at the schedule for the first few events of Tee It Up for the Troops return in 2020: 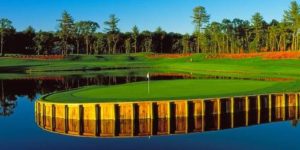 We are excited for June 22nd, when Northern Bay Golf Resort in Arkdale, Wisconsin will host their 2nd annual Longest Day of Golf for the Troops Event! Derek Donovan, Head Golf Professional, will be leading the charge at Northern Bay and will “Tee It Up” at the crack of dawn and play until sundown to raise money to support America’s combat veterans.

“We are forever indebted to those who have served in the military….their heroism sometimes gets taken for granted…but on this day on the golf course we will appreciate the freedoms our veterans have sacrificed for and offer them gratitude, says Derek Donovan.” 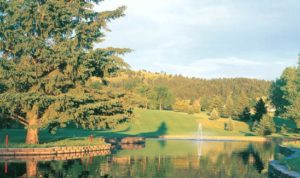 On July 27, we have two sensational events returning. The 13th Annual Congressional Charity Golf Classic, presented by Lockheed Martin, will be held at the Army Navy Country Club in Arlington, VA.  Current and former Members of Congress, more than 40 wounded warfighters and dozens of supporters will come together for a one-of-a-kind golf event that supports combat veterans with permanent disabilities. Congressional Charity Golf Classic 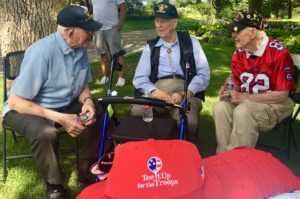 We know many American’s are eager to “Tee It Up!” The real winners will be our combat veterans who have been severely affected by the emotional and financial impact of the Coronavirus. 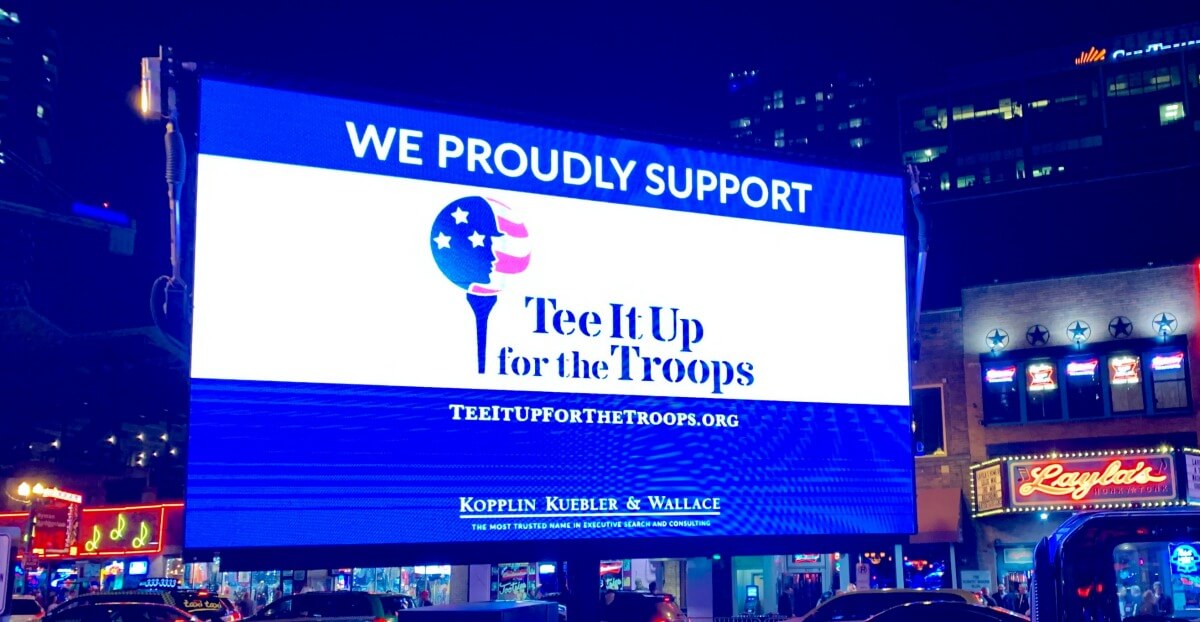 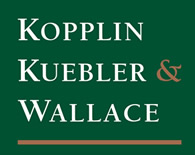 A Generous Donation to Tee It Up for the Troops, a military charity organization.

As our world struggles to recover from the devastation inflicted by COVID-19, we at KK&W wanted to share some happy news of generosity and true selflessness with our friends and colleagues.

Recently, The Amelia Island Club (AIC) in Amelia Island, Florida retained our firm to conduct a search. Circumstances changed in the very beginning and the search was cancelled.

KK&W returned the deposit and AIC made a generous donation to Tee It Up For The Troops [a military charity organization] for our gesture. Since 2005, we have been a proud corporate sponsor of TIUFTT which has donated over $11,000,000 for the families of our veterans. This generous donation was made in “Memory Of” a fallen soldier Kelly Mixon. 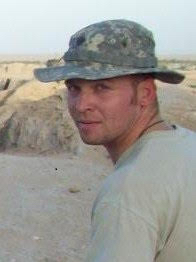 David Shepler, GM/COO of AIC sent the partners an email to let them know the donation to the recommended military charity organization had been made in their honor and in memory of Kelly Mixon. Along with his note, he shared the story of Specialist Kelly Mixon who would have turned 24 two weeks after his death.

The rest of the story

“When arriving at any new job there are those staff members who really stand out and at AIC, one of those was a young Sous Chef, Amy Mixon. Amy really helped me through a difficult first 6 months when both the Executive Chef and Executive Sous Chef left shortly after my arrival. Over time I got to know Amy better and while she is a private person, through others I learned Amy’s husband, Kelly Mixon was killed in action in Afghanistan December 8, 2010.”

Dave’s son, Drew, an Army soldier, who served two tours in Afghanistan and was stationed in an adjoining province of Afghanistan. Drew recounted, with his father, hearing about Kelly and another soldier who were killed by a suicide bomber while on patrol. This was the first time, Dave ever put a personal face to the ultimate sacrifice many have given, with the realization that could have been his son and it hit home!

Kelly was a graduate of Fernandina Beach High School on Amelia Island, where he was an accomplished drummer and had played briefly for the Jacksonville Jaguars drum line from 2005-2006. Prior to enlisting, Kelly had worked his way up to sous chef with plans to use the G.I. Bill to attend a 4-year culinary institute and fulfill his lifelong dream of becoming an executive chef.

Prior to his death, Kelly was able to spend Thanksgiving at home with his friends and family doing his two favorite things, cooking and playing drums. He even stopped by and practiced with the current band members at his old high school, during this trip.

Even though Amy no longer works at AIC, she and Dave have remained very close, sharing a very special bond and this is why The Amelia Island Club donated to Tee It Up For The Troops in “Memory of Kelly Mixon.”

Thank you David Shepler, CCM, CCE, General Manager/COO and The Amelia Island Club -you are the best!