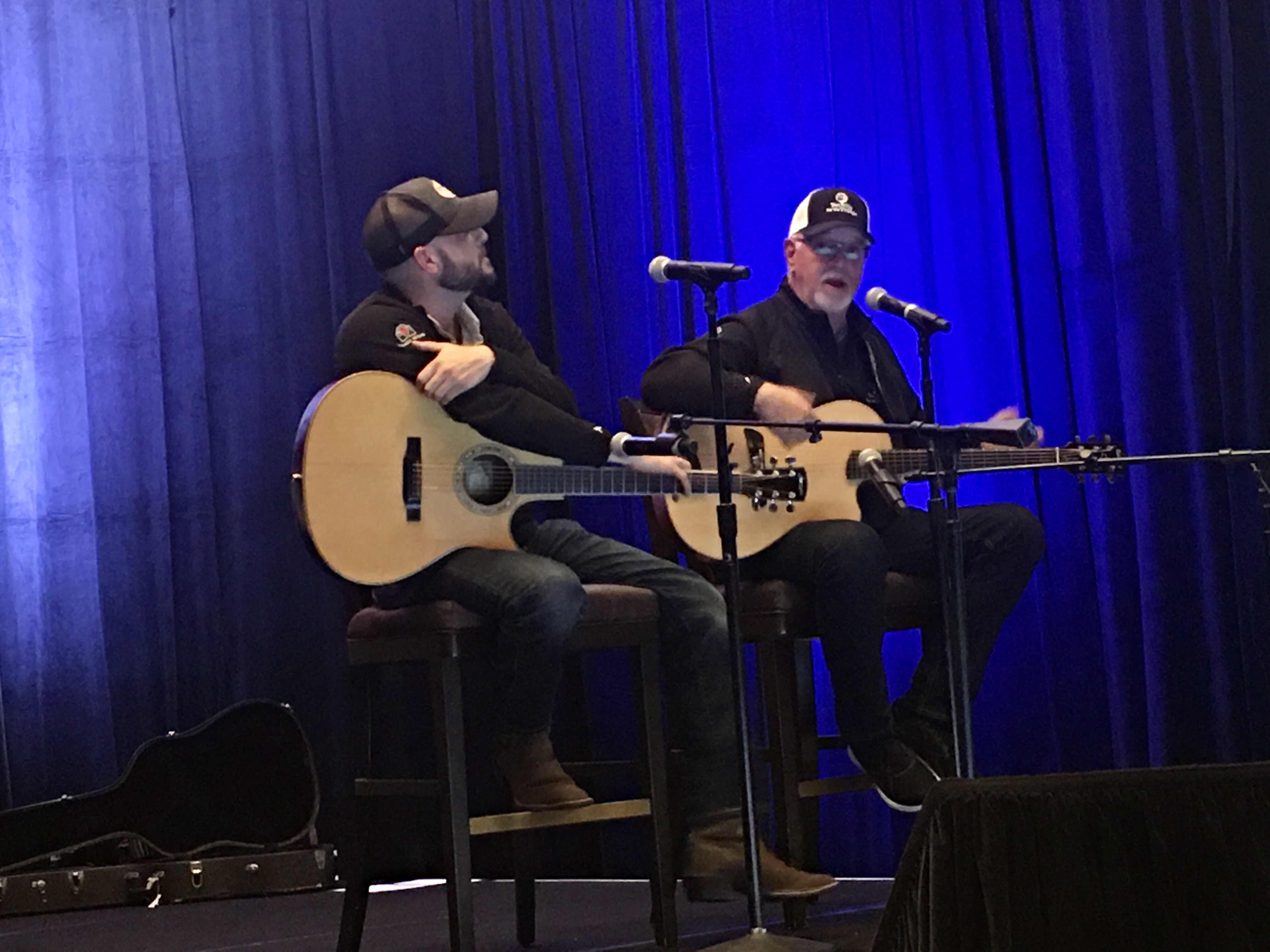 Tee It Up for the Troops paired with CreatiVets during our annual REUNION event held at Reunion Resort in Kissimmee, Florida, for an extra special session. In addition to reuniting with comrades for healing and golf, some of the participating vets got the chance to write songs with professional songwriters. Using music therapy for veterans can help these heroes heal from and share their experiences.

Debuted live on the last evening of REUNION at the farewell dinner, this one-of-a-kind event allows veterans the opportunity to tell their stories uniquely. And at the end of the weekend, veterans have songs to keep and listen to as well as share with others, helping to tell their story. Employing new music therapy strategies helps them cope with the challenges of being back in the civilian world following battlefield injuries.

CreatiVets’s mission aims to offer combat veterans an artistic avenue to explore and deal with PTSD and brain injury. Using art, creative writing, and music therapy for veterans, CreatiVet pairs our nation’s heroes with accomplished songwriters and music artists. For the last four years, Tee It Up for the Troops has brought the CreatiVet program to our own REUNION program held annually in Florida at Reunion Resort.

This year, the defenders of our nation worked with Nashville songwriters and artists Jason Sever and Brian White. Sever is an American country songwriter who has written for some big-name country artists like Martina McBride and Tim McGraw. Brian White specializes in Christian, country, and pop music. He has been a part of the Nashville music scene since 1993. Both artists offer unique insight and incredible attention to their craft.

More recently, Sever wrote Buzz Kill for Luke Bryan and Seein Red for Dustin Lynch. White has written over three hundred songs and wrote for artists like Danny Gokey, Avallon, and Point of Grace. His sounds were also recorded by such artist as Rascal Flatts, Trace Adkins, Jason Aldean and many others. Bringing these great talents to help our vets write their own songs can be a priceless opportunity for healing.

This year’s REUNION program helped produce two songs based on the reunion of veterans Jason Halverson, Liam Diezi, Mark Little, and James Brookman. The songs were written to capture the personal stories of these veterans and capture the universal experiences that are the cornerstone of military service.

“Thank you for allowing me to reunite with Mark Little. It really meant a lot to see him again, while affording us the opportunity to share our story with CreatiVets, Jason and Brian! Time did not allow us the time to relay to you how much this year meant! Thank you,” James Brookman wrote.

Halverson and Diezi’s work examined the loss that accompanies combat with the lyrics from their song, “Do You Even Know?”

We dodged a lot of potholes

and yeah, we hit a few

We fought the fear of being there

that no one ever knew

I guess that there’s just something

You needed me and man I needed you

and I still do,

Mark Little and James Brookman explored the way the memories of combat continue to be a part of their life, even once they’ve redeployed, in their song, “Just Like It was Yesterday.”

and the day before

They all feel the same when you’re in a war

a memory in my head that’s there to stay

Tee It Up for the Troops would like to thank our partner Richard Casper, Co-Founder & Executive of CreatiVet, and Nashville songwriters and artists Jason Sever and Brian White for making a real difference for veterans through music therapy.

Bridgestone Golf has always supported Tee It Up for the Troops golf fundraisers. Now we are asking you to support them AND your golf game! Be one of the first to test Bridgestone Golf’s Video Ball Fitting Tool—and use our referral code TROOPS to receive a free pack of VFIT Bridgestone golf balls!

We all want to play the best golf ball for our swing, and we all have phones with cameras, so Bridgestone Golf has combined the two with their new cutting-edge VFIT video fitting system! We want you to try VFIT for yourself and see what Bridgestone golf ball can help you play your best.

VFIT is Bridgestone Golf’s new way of getting fit for a golf ball! Just record your swing with your phone camera and submit it to Bridgestone. Their experts can analyze the video for free and suggest the right ball for you! It is really that simple. For this giveaway Bridgestone will prioritize the videos from GolfWRX members, so you get your results fast!

Find the instructions for VFIT submission on their guide. Their tool is a great way to find out your launch numbers and what ball fits you best. Video Ball Fitting results are dependent on video quality, lighting, and distance from player. Please make sure you’re no more than 10 feet from the player when recording.

Submit your video here on the Bridgestone website. Remember to enter the referral code TROOPS to receive a complimentary pack of VFIT Bridgestone Golf Balls! 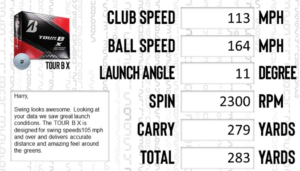 VFIT will provide testers with similar information they would see on any launch monitor. On top of that, Bridgestone will recommend the ball that best fits their game based on those numbers. Pictured here is an example VFIT Video Ball Fitting Report that you will receive from Bridgestone once you have submitted a video.

Next time you’re playing in a Tee It Up for the Troops golf fundraiser, play with Bridgestone gold balls that fit just right! Learn more about Bridgestone’s new ball-fitting tool here, and find a golf fundraiser event near you on our website. 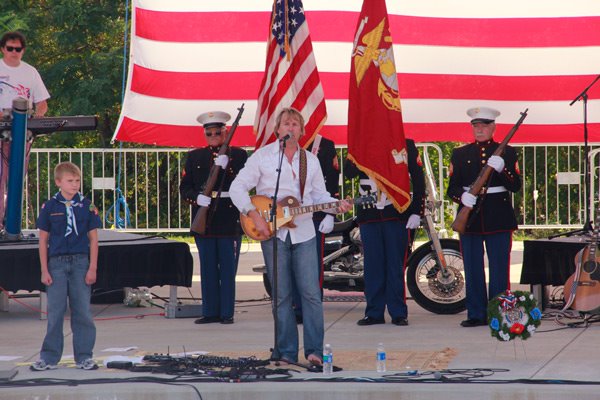 Tee It Up for the Troops has been very fortunate to have worked alongside a wide variety of passionate people who are very interested in learning how they can serve our brave veterans. Many often come up with clever and effective military fundraising ideas.

With a mission of aiding active duty service members, veterans, and their loved ones so they can heal, transition, grow, and thrive, we’ve been able raise more than $10,000,000 to help support over 335 veteran support organizations that perform effective work for our veterans across a wide array of areas, including suicide awareness and prevention, treatment of PTSD and traumatic brain injuries, housing, employment, sports and recreation, and family and caregiver support.

As a result, we’re always thinking of different military fundraising ideas that can get people involved in supporting our troops while allowing them to showcase their own talents and interests. 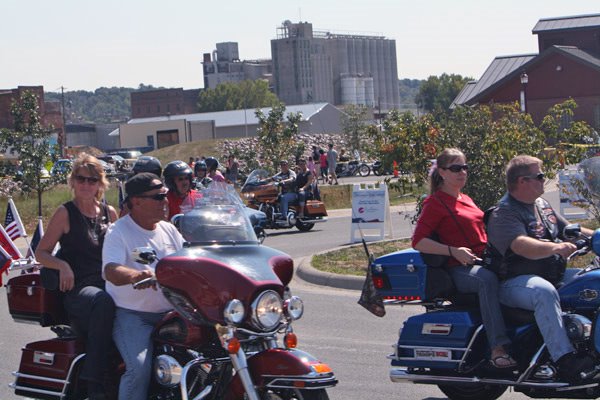 Since our founding in 2005, Tee It Up for the Troops has focused on golf tournaments as a primary fundraising vehicle. Our golf events are a great way to build new friendships, bond with veterans in your local area, and help raise money for local organizations who are helping our veterans.

For those who don’t golf, there are many other fundraising ideas so people who are passionate about our veterans can step up and contribute.

Many people enjoy hosting social events where friends and family can mingle and make new connections. Through our “Tip It Up for the Troops” program, we make it simple for event hosts to incorporate a fundraising component into their personal or corporate social event.

Interested in cars or motorcycles? Tee It Up for the Troops also provides opportunities for those who love bike and car shows to fundraise for our veterans. Hosting a show is a fantastic opportunity to express appreciation for the military and lets people show off their beloved bikes or automobiles. 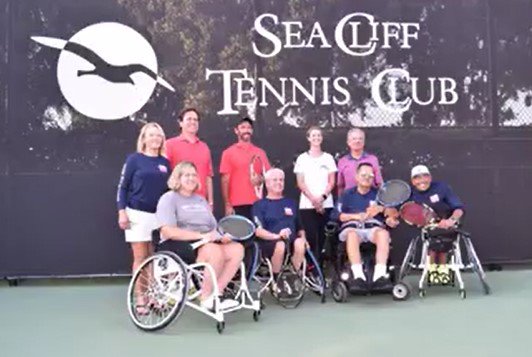 Music fans also have an opportunity through Tee It Up for the Troops to host a concert in support of our veterans. Through a “Tune It Up for The Troops” event, it’s easy to turn a night of lively or soul-touching music into a powerful tribute and fundraising opportunity for our veterans.

Interested in hosting a tennis tournament? How about a “Serve It Up for the Troops” event?  Anything you are passionate about can be turned into a great charity event to support our veterans and wounded warriors.

If you’re interested in collaborating with Tee It Up for the Troops on hosting a veteran’s fundraiser as part of your event, let us help you! We’re happy to work with your military fundraising ideas and see how they could help support our troops.

Visit our website to tell us about your idea for event or call the Tee It Up for the Troops National Office at (952) 646-2490 and we can help guide you through the planning process!

We’re excited to show off our newly designed website for Tee It Up for the Troops. There’s a lot of military fundraising organizations, but we stand apart with our focus on local fundraising events and emphasis on supporting veterans so they can grow and thrive while healing and transitioning from their time in the military.

We’ve redesigned our website with you in mind, making it easy to find information you want to know like: events in your area; how to join us at #REUNION; how we are making a difference; how you can get involved to help all those who serve(d); and how to find us on social media.

Come find out how you can host your own golf charity event, and rest assured the money raised will be used to do great things to serve our veterans, like our REUNION Outreach Program that reconnects combat war buddies.

If you’d rather host a different event besides a golf tournament, our website also provides information about registering a concert, social event or race or walk to say “thanks” to all those who have served our country with pride. One of our events hosts an annual “Serve It Up” for the troops tennis tournament to raise funds. If you are passionate about helping our veterans and have a fundraising idea, contact us!

Our website also features a responsive map that lists the wide variety of scheduled Tee It Up for the Troops events. You can either scroll on the map to view events around your hometown, or just below the map, you can search by event name, city, or state to find details about the venue and contact person for each event. We hope our Events page will make it easy for you to get involved and support our great veterans. 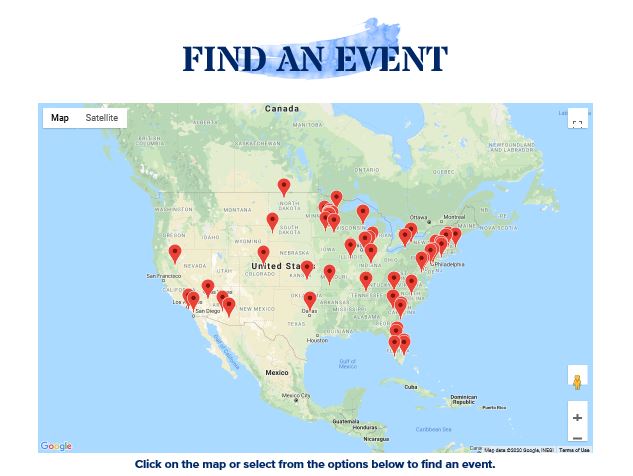 Those interested in a golfing reunion with a military comrade or who just want to support our REUNION program can do so via our website. We’ve redesigned the pages that provide information about the program and make it easy for those looking to contribute to donate online.

Event sponsors also have easy access to different package opportunities and can read testimonials from past attendees who describe how a REUNION event changed their lives.

Additionally, it’s easy to keep up with the latest news from Tee It Up for the Troops right from our new website. We’ve made our Latest News section prominently displayed on the Home page with photos and information about past events, our sponsors, how we are helping heroes heal, and much more.

You also have the opportunity to support veterans by purchasing Tee It Up for the Troops branded merchandise right from the Patriot Pro Shop. All proceeds go toward supporting our veterans.

We hope you check out the new Tee It Up for the Troops website today to learn more about the work we’re doing for America’s veterans!