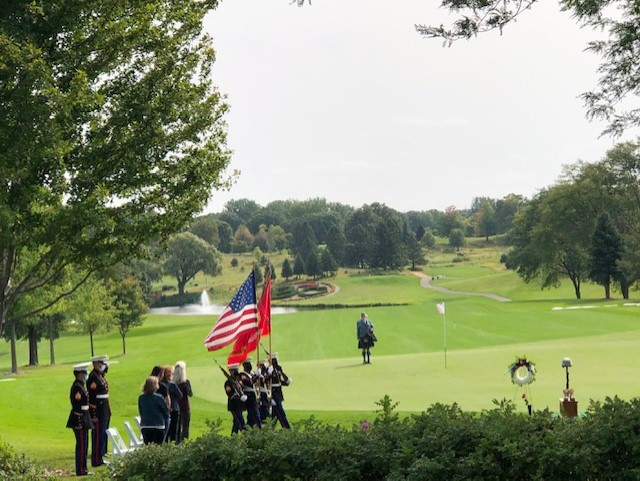 The Opening Ceremony is a tradition at Tee It Up for the Troops events that pays tribute to American heroes who have, and continue to, put their lives at risk on the frontlines. This opening ceremony sets a patriotic tone to the day, honors our veterans and reminds everyone why they are a Tee It Up for the Troops event. It is an opportunity for sponsors, participants, and all in attendance to celebrate patriotic pride. 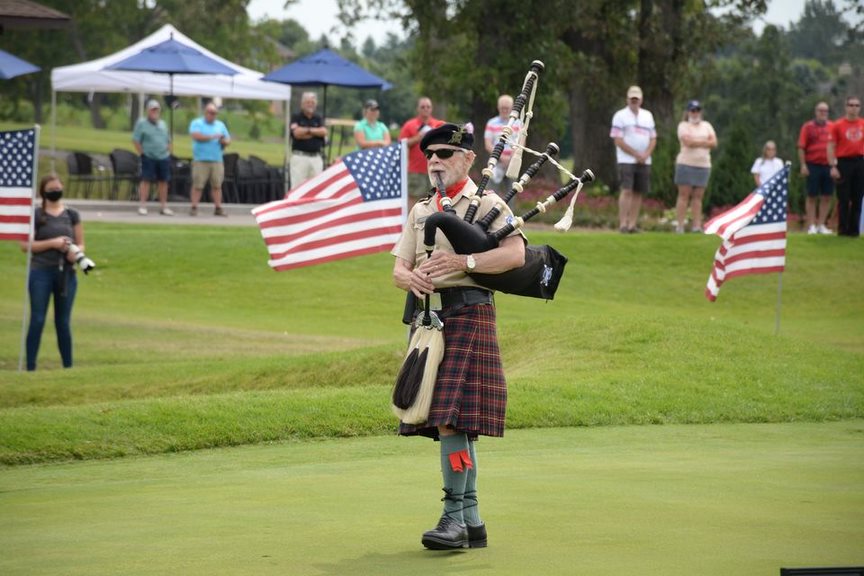 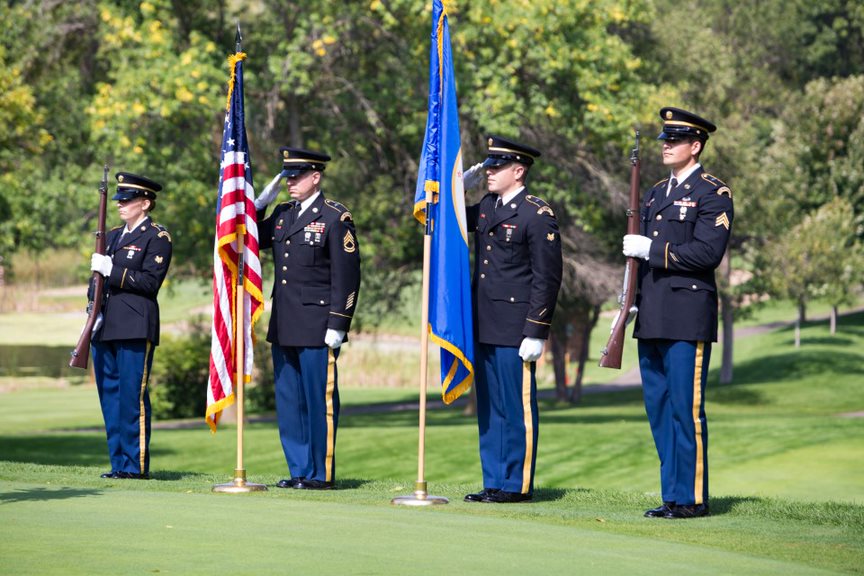 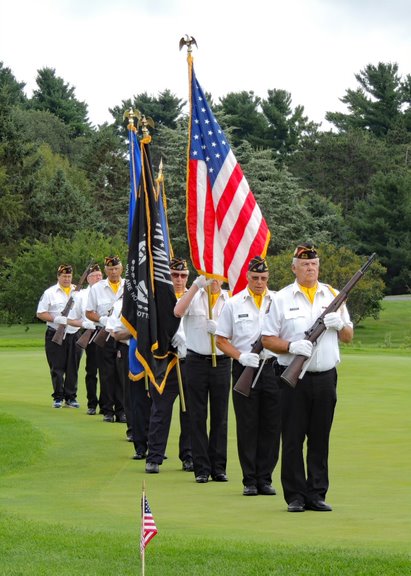 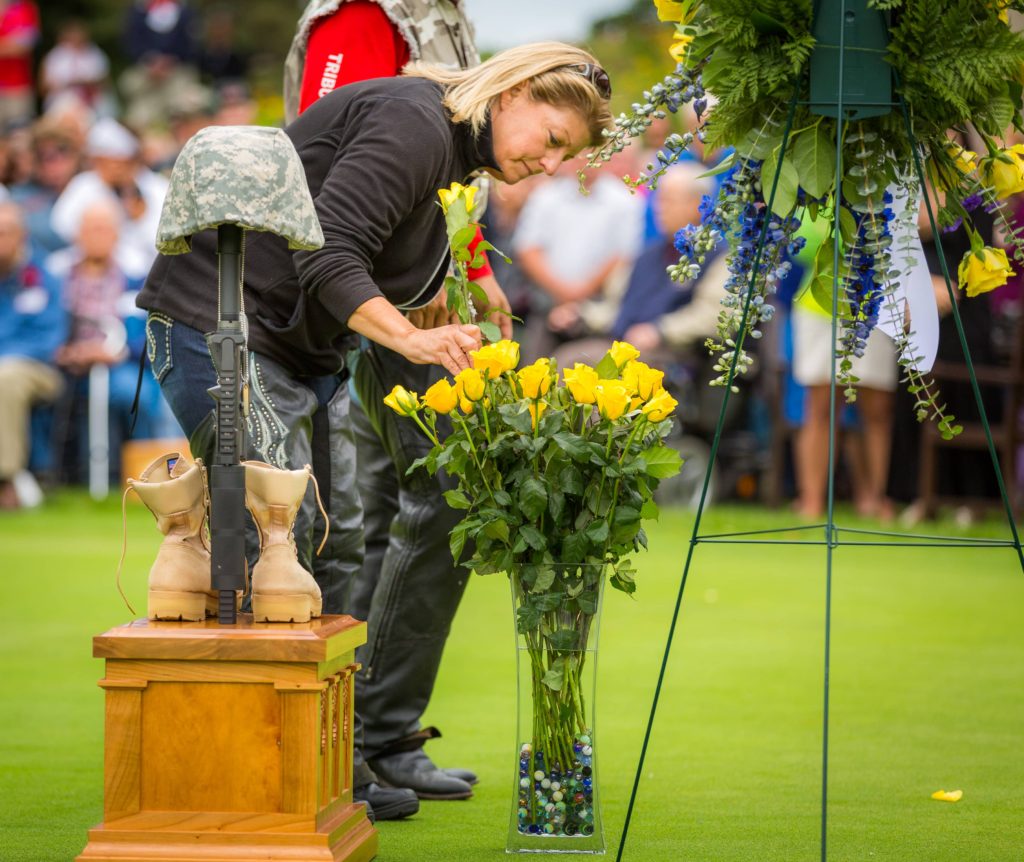 Some of our events have additional symbols and demonstrations of patriotism that pay tribute to American heroes who continue to put their lives at risk on the frontlines. 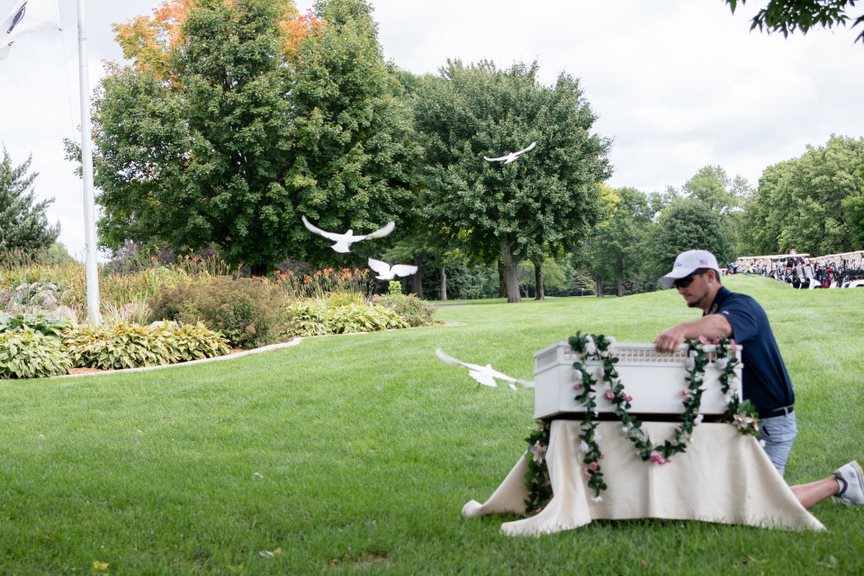 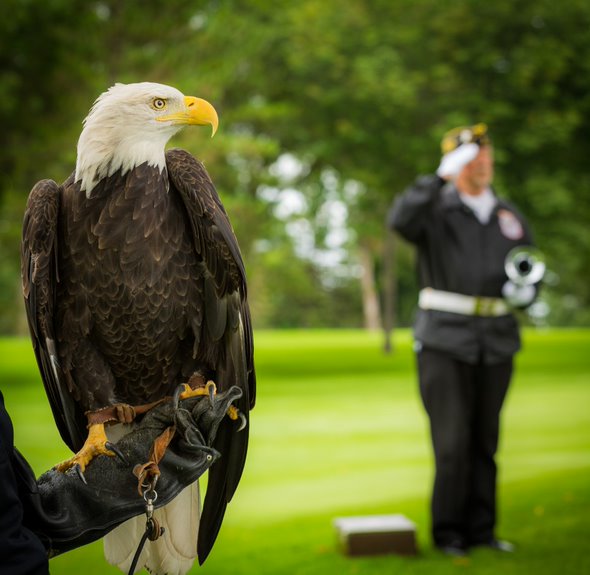 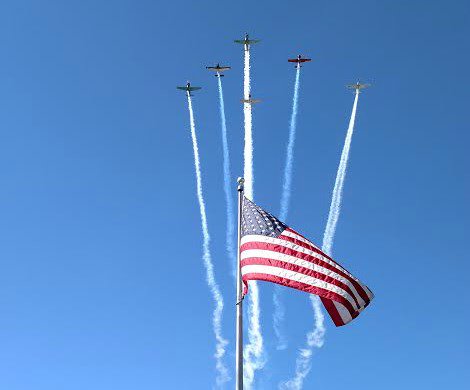 At the 2020 Tee It Up for the Troops Rochester event in Minnesota, the opening ceremony began with two Navy SEALs parachuting onto the fairway at the Rochester Golf and Country Club. Holding the American flag between them, the two SEALs dropped from the sky and made this ceremony especially powerful for the crowd—and the local Gold Star mothers—present.

“It really defined what Tee It Up for the Troops is for,” says Mike Pruett, who helped to organize and record the Rochester event. “For our military, our fallen—respecting them, showing our respect and support for our troops.” Having two SEALs conclude the opening ceremony reinforced one of the core principles of Tee It Up for the Troops—that servicemembers can often be the best support for their comrades. No one knows better than a fellow soldier what it’s like to put your life on the line to serve your country. 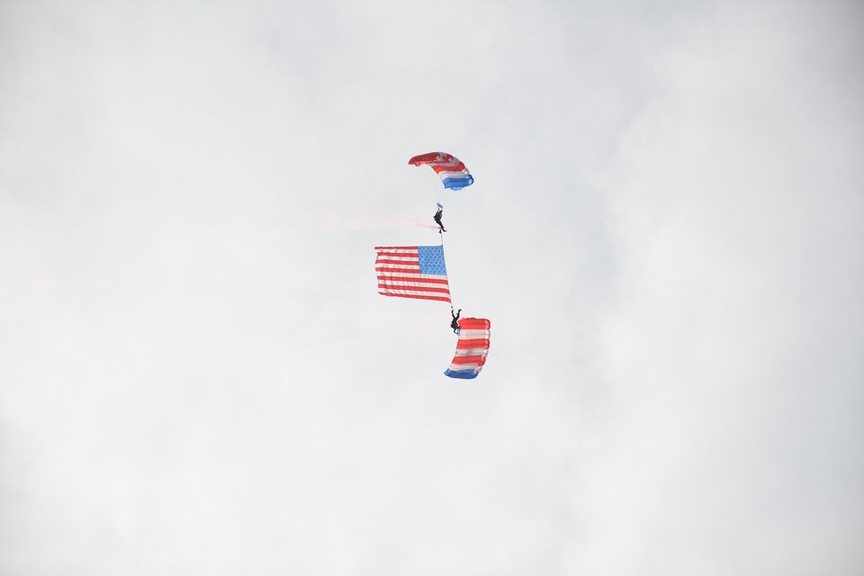 Opening ceremonies at Tee It Up for the Troops events are one-of-a-kind experiences. Without pretension, with utmost respect and dignity, they’re a chance for your community to honor veterans in your own unique way. Communities across the United States have gathered to support our troops. Get together with your community today to start planning your own event!

Start an Event: We’ll help you set up your own community event to raise funds for our veterans.

Find an Event: Tee It Up for the Troops events happen in almost every state! Find one near you today and participate!

Donate: Donate to support our innovative REUNION program, which pays for combat veterans to reunite with their old comrades to help overcome the hidden wounds of war.