In the video below, our President and Executive Director, Tim Wegscheid, shares how isolation impacts our combat veterans by increasing symptoms associated with PTSD, high anxiety and thoughts of suicide.

Tim also shares that as a Veteran Service Organization, Tee It Up for the Troops is committed to “raising the ante and working even harder” to fulfill our mission and support all those who served to defend the great freedoms we have as Americans.

Will you join us? Will you “Step Up To the Tee” and help us support all those who stood for freedom?

This article was published on February 20, 2020 as part of a series of articles written by Matt  and is being re-published with his permission.

So. I hit a golf shot the other day. And I didn’t even celebrate. It was because I expected to hit that shot. It really was a beautiful shot though, an 8-iron, about 130 yards to the pin. And I landed it 3 feet from the cup.

A year ago, I never would have made that shot. I wouldn’t have even gotten lucky and made it. What changed? Lots and lots of practice and drills. Over and over. And taking the advice of my father-in-law as we played together and he would point out little things and tips he’d learned.

One of the quirky things about humanity, is that as humans grow and learn, the important things that we learn, are really nothing more than what others have learned before us. We just learn them for ourselves. While the knowledge is not new to humanity, it is new to our own humanity.

So. A need to rise. We have a need to rise above what we are. This is the process of humanity. As new-born babies, we don’t THINK about doing this, we just do it. We learn to crawl and then toddle and then walk and then run. We don’t analyze this process, we just execute it.

But something changes as we get older. The tasks we face become harder. We start asking ourselves questions like, “Is this worth the effort?” and “Why should I be better when others around me aren’t?” and sometimes we just don’t give a hoot anymore. Even worse, sometimes we feel like we’re not capable of it anymore.

Henry David Thoreau commented, in “Life in the Woods”, on a snake he saw in cold water of winter. The snake lay still, torpid.

That’s kinda like what mental health disorders do to a person. You kinda lay there(metaphorically speaking), unable to escape the endless do-loop driving you back to the symptoms, and your state never really changes. You are, like that snake, somewhat trapped in the disorders. You can flick your tail a little bit, but the core of what drives you, the disorders, stays the same, and what you’re doing really is just chasing your tail pointlessly. 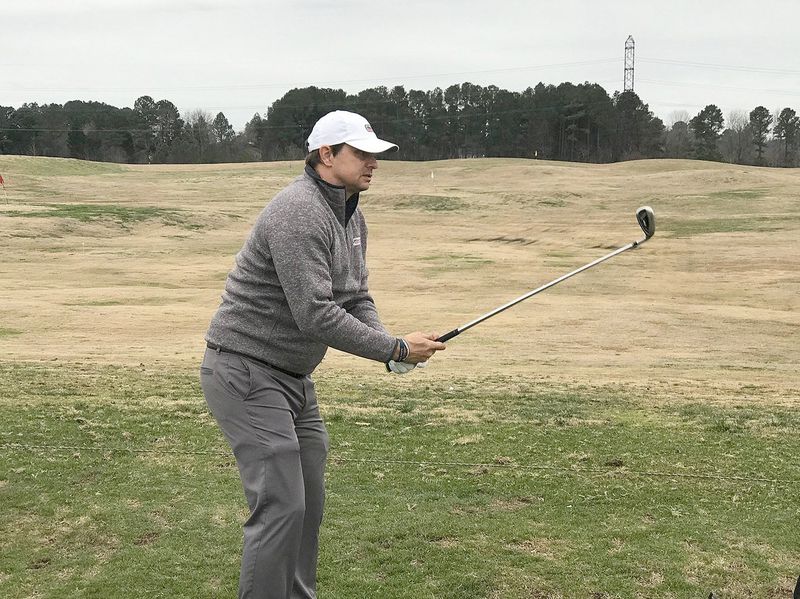 Exo-skeleton. See, golf gave me something I can aspire to. Like a kid wearing their dad’s boots, clomping around and pretending to be grown up like their dad. The funny thing is, that as I’ve aspired to get better at golf, some of those skills have risen up in other areas in my life.

So, that’s where I’m at. Rising. And I probably always will be, and that’s ok. 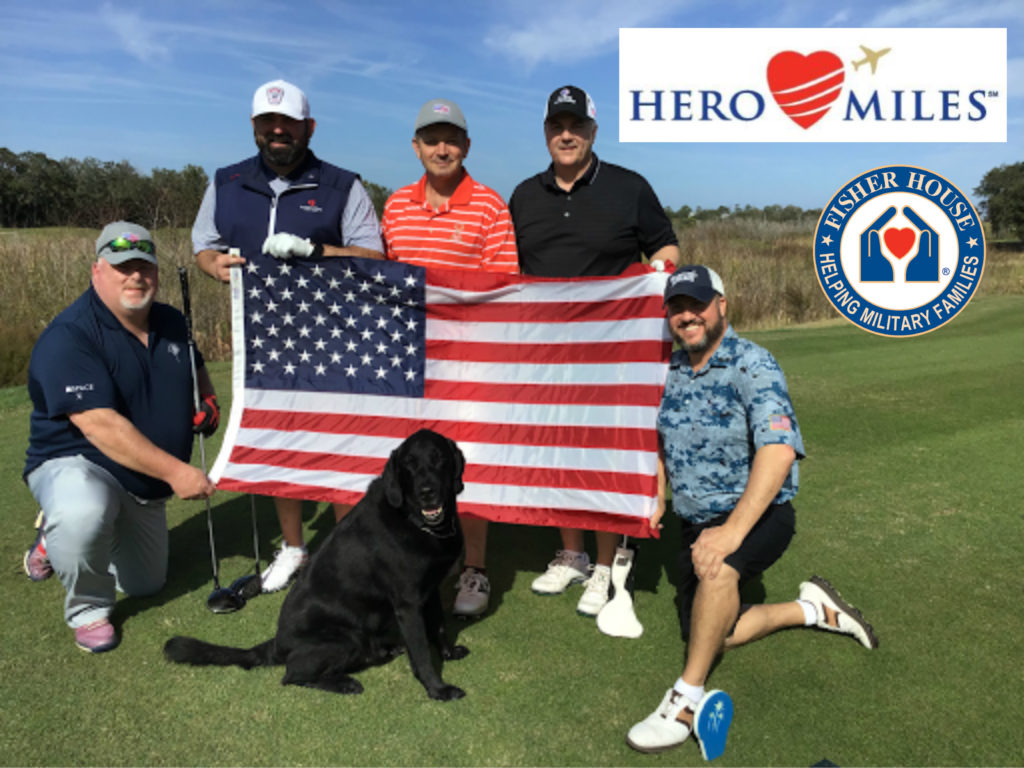 When Tee It Up for the Troops hosts its REUNION program in Florida each year to reunite combat service members, over 30 veterans and caregivers need flights to attend. This REUNION program is an expensive undertaking and Tee It Up for the Troops relies on support from many different sectors to assist us in delivering the benefits of helping attendees transition from the battlefront to the homefront.

Thankfully, in 2013, Hero Miles partnered with Tee It Up for the Troops and has since provided over 350 flights to ensure invited combat veterans and their caregivers are able to attend our REUNION event with no costs for flights.

The Hero Miles program (administered by Fisher House Foundation) provides round-trip airline tickets to wounded, injured, and ill service members – and/or their families or close friends – who are undergoing treatment at a military or VA medical center or who or who are attending an authorized event. Flights are made possible through frequent flyer mile donations made by individual airline passengers of participating airlines, or from donations by citizens. Many recovering service members cite reuniting with their fellow combat friends, like at REUNION, as a huge reason to fight hard to recover and never give up. For the Tee It Up for the Troops 2020 REUNION, 35 flights for our warriors and caregivers was made possible by Hero Miles.

“We are proud to partner with Tee It Up for the Troops by providing tickets through our Hero Miles program to help servicemembers heal,” said Dave Coker, President of Fisher House Foundation. “Tee It Up for the Troops shares our belief that a family’s love is good medicine. Their Reunion program brings combat veterans together, which for many servicemembers is an extension of their own family.”

Hero Miles does amazing work to help veterans and their caregivers in the most challenging of times. On behalf of all of us at Tee It Up for the Troops and the military veterans themselves, we’d like to give a heartfelt thank you to Dave Coker, President, Fisher House Foundation and Tish Stropes, Vice President of Strategic Initiatives, Fisher House Foundation and who is responsible for the Hero Miles and Hotels for Heroes programs. 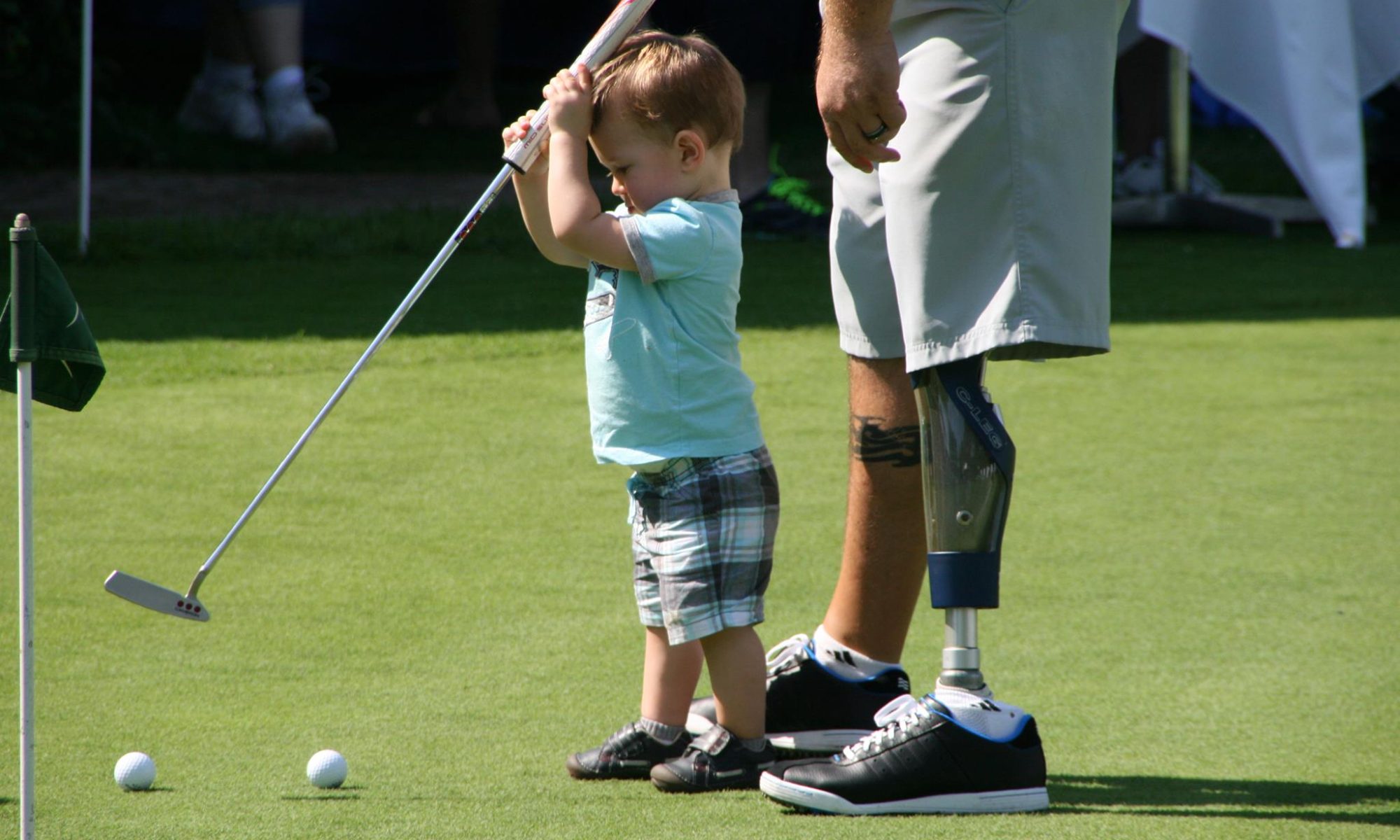 Military families are some of the bravest and most enduring families in our country. While we often only think of the deployed person as the one who sacrifices or struggles, the family left behind also faces many difficulties. Some struggles for family members are due to separation, constant moving, added responsibilities put on them while their loved one is away or adjusting to the mental or physical health of a returning servicemember. 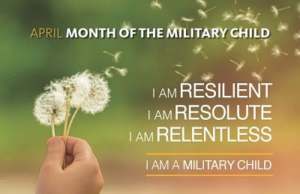 We know this is an especially difficult time for our military families, veterans and children during our current COVID-19 crisis. Here are some resources for parents and military children that may be helpful from the  Military Child Education Coalition. From different activities you can do with your children, to resources to help discuss what is happening and hopefully ease some of the challenges you’re facing.

The Challenges That Military Children Face 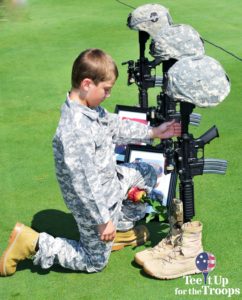 Family separation can be a very difficult lifestyle for children and spouses/partners of military families, particularly when the separation time is commonly 9-12 months. Spouses/partners, even when not deployed, may be separated for a month or more while completing required training or in the case of injured veterans, when receiving care or rehabilitation.

Family separation also takes a significant emotional toll on children. Military children may worry about the safety or health of their deployed parent or their returning from service parent. Missing their family member can cause children to become anxious, sad, or even clinically depressed, or to begin lashing out in unexpected ways. With very young children, deployment of their parent could even set back developmental milestones like potty training, talking in sentences, or sleeping through the night.

Military life entails moving a lot due to different duty assignments. Relocation can add considerable stress to a family unit due to the necessary transition to another house and community. The family now has to adapt to new schools, jobs, and even friendships. Schools can be a very tough challenge for military children due to the different teaching styles and state school curriculums. Military children may enter a class where they are expected to know a material that they have not been taught. Friendships can also be very difficult for military children who are forced to move frequently because it is challenging to pursue new friendships and “put yourself out there” again and again, especially if another move is likely in the near future.

The mental health of a returning servicemember also affects children. Combat posttraumatic stress disorder (PTSD) can be transmitted to children from their parents in cases where a parent suffers from combat PTSD. Secondary PTSD can drastically impact a child’s behaviors. Symptoms of combat PTSD in children can range from hyperactivity to extreme withdrawal.

Anxiety is certainly one of the most common symptoms and can be brought about through many of the symptoms experienced by the parent. For example, if a parent re-experiences the trauma, particularly to the point where it feels like it truly is happening again, this is accompanied by fear and anxiety that the child also feels. Children don’t understand what is happening and they may fear the parent cannot take care of them. Being on edge, angry, or aggressive much of the time can make a child fearful and wonder whether the parent loves him or her.

Tee It Up for the Troops Gets Involved – Join In!

At Tee It Up for the Troops, we strive to give back and help even the youngest members of our military families. Our proceeds go to organizations like Beyond the Yellow Ribbon that create meetings and service support opportunities for military members and families. The proceeds also fund recreational and social events for military families and spouses/partners. Plus, Beyond the Yellow Ribbon provides services to military members and families like daycare, counseling, and household repairs.

Visit our website to learn how you can get involved with a Tee It Up for the Troops event in your area.