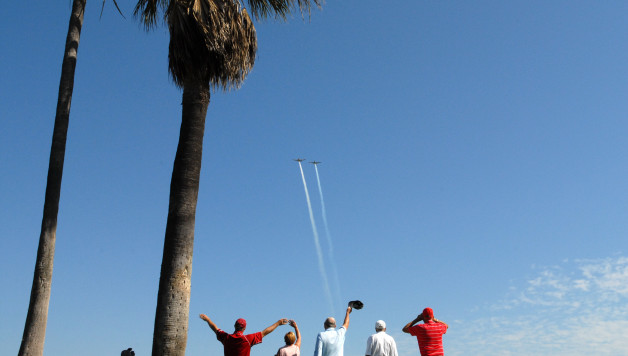 The SeaCliff tournament is one of many tournaments providing an opportunity to show gratitude and appreciation for the sacrifices made by our brave service men and women. Attendees include military families, fellow patriots, honored wounded warriors and active duty military guests. In addition to a great day of golf, incredible on-course food and drink, and a fabulous dinner banquet, guests and sponsors have the opportunity to view military displays and experience the thrill of a fly-over. This memorable event touches the hearts of all in attendance! 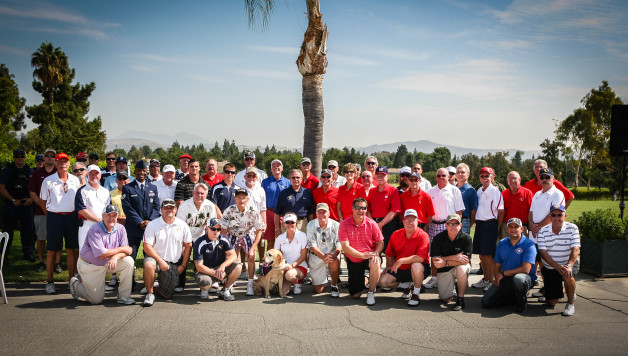 In 2007, a dedicated group of members of Alta Vista Country Club committed themselves, their labor and their resources to the wounded warrior cause and conducted the Club’s Inaugural Tee it up for the Troops Golf Tournament. Over the last 7 years the Alta Vista tournament has been TIUFTT most successful single day / single venue event, raising to date some $900,000+. 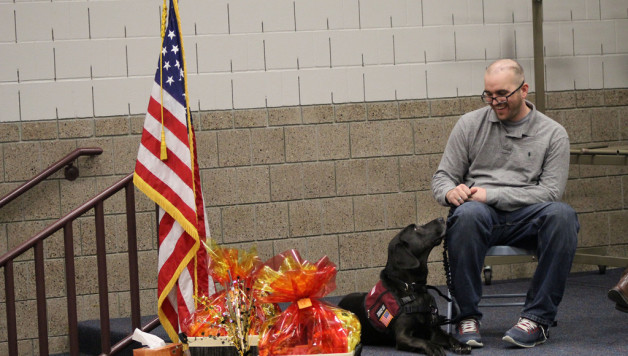 Meet Staff Sgt. Patrick Ziegler, a Fort Hood massacre survivor. Patrick was just moments away from being cleared to attend Officer Candidate School when he was shot in the head, shoulder, arm and hip.

November 5, 2009 was destined to change – forever – the lives of SSgt. Patrick Zeigler and Jessica Hansen. But not in the way they had planned! SSgt. Zeigler had just returned from his second combat deployment in Iraq and had returned 3 weeks ahead of his unit because he was set to begin Officer’s Candidate School. Later that fateful day he would receive his final Army enlisted separation clearance to leave Fort Hood, TX to head to Fort Benning, GA to begin school to become an Officer.

In a hailstorm of bullets, Nidal Malik Hasan, Army Major and psychiatrist turned radical Muslim terrorist, opened fire – killing 13 people and an unborn child as well as injuring 31 soldiers that were wearing the same uniform that he was wearing. With gunshots to his head, shoulder, forearm and hip and the last pints of precious blood were being pumped from his body through the massive head wounds, his first thought was to call his fiancée, Jessica. Initially, the first medic to reach him was told to sit with him until he died because they did not think his wounds were survivable. With so many people injured who required medical care, the medics had to make the difficult decisions of who to use vital resources on. However, he maintained consciousness and began talking to the medics and asking them to help him. Once they saw the fight Patrick had in him, they decided to give him a chance and they immediately began performing care on him and got him into an ambulance. He was one of the first victims to arrive at the hospital emergency room on Fort Hood and he perfectly described the shooter and the details of the scene before he lost consciousness and was airlifted to the trauma center for brain surgery. The bullet that entered his skull, shattered on impact and also shattered his bone, leaving his brain filled with bullet and bone fragments that caused near fatal bleeding. During surgery to save his life, 20-30% of his brain was actually removed. He was given less than a 5% chance of survival. Jessica remembers being told he would likely be left in a vegetative state and that I “should put him in a nursing home and move on”.

After enduring more than 10 brain surgeries, 4 of which resulted in life-threatening complications that set Patrick back and required he relearn basic skills, including how to walk, all over again he has begun living his life anew. With his wife, Jessica, who at the age of 22 made the decision to be a care giving wife the rest of her life, are the proud parents of an 18-month-old son, Liam.

About 4 months ago the Zeigler family, living in Rochester, MN had their lives changed once again – this time for the better!

Thanks to our supporters and PawPADS, Staff Sgt. Patrick Ziegler, his wife Jessica and son, Liam welcomed assistance dog Ranger to their home after Patrick and Ranger graduated from PawPADS assistance dog training.

This is just one of the many ways Tee It Up for the Troops fills the gap in the lives of these American heroes.

You can learn more about Patrick’s story from Tee Times Magazine.

Tee it up for the Troops, Inc. is a proud supporter of PawPADS. Seen in the picture to the left is our Chairman, Chuck Benson, presenting a $15,000 donation check to Linda Ball, Executive Director, PawPADS.

110 attendees.  96 golfers.  Thirty warriors reunited.  Three productive breakout sessions.   Numerous connections made.  Countless memories created.  We were blessed with wonderful sunshine, beautiful surroundings, challenging golf courses, and a wonderful group of people gathered together to support a critical cause – reuniting a diverse group of warriors from all across the country.

“This weekend was one of the greatest moments of my life since becoming a Wounded Warrior and the camaraderie was absolutely incredible. To be part of such a wonderful event and to be around other Wounded Warriors was definitely a healing feeling.”

“You have given me just a little more hope that things can get better and that there are good people in the world. The stories of inspiration from this weekend and the support I received from perfect strangers was more than I ever expected.”